Dave DeSandro, the Man Behind Masonry and the Web as We Know it 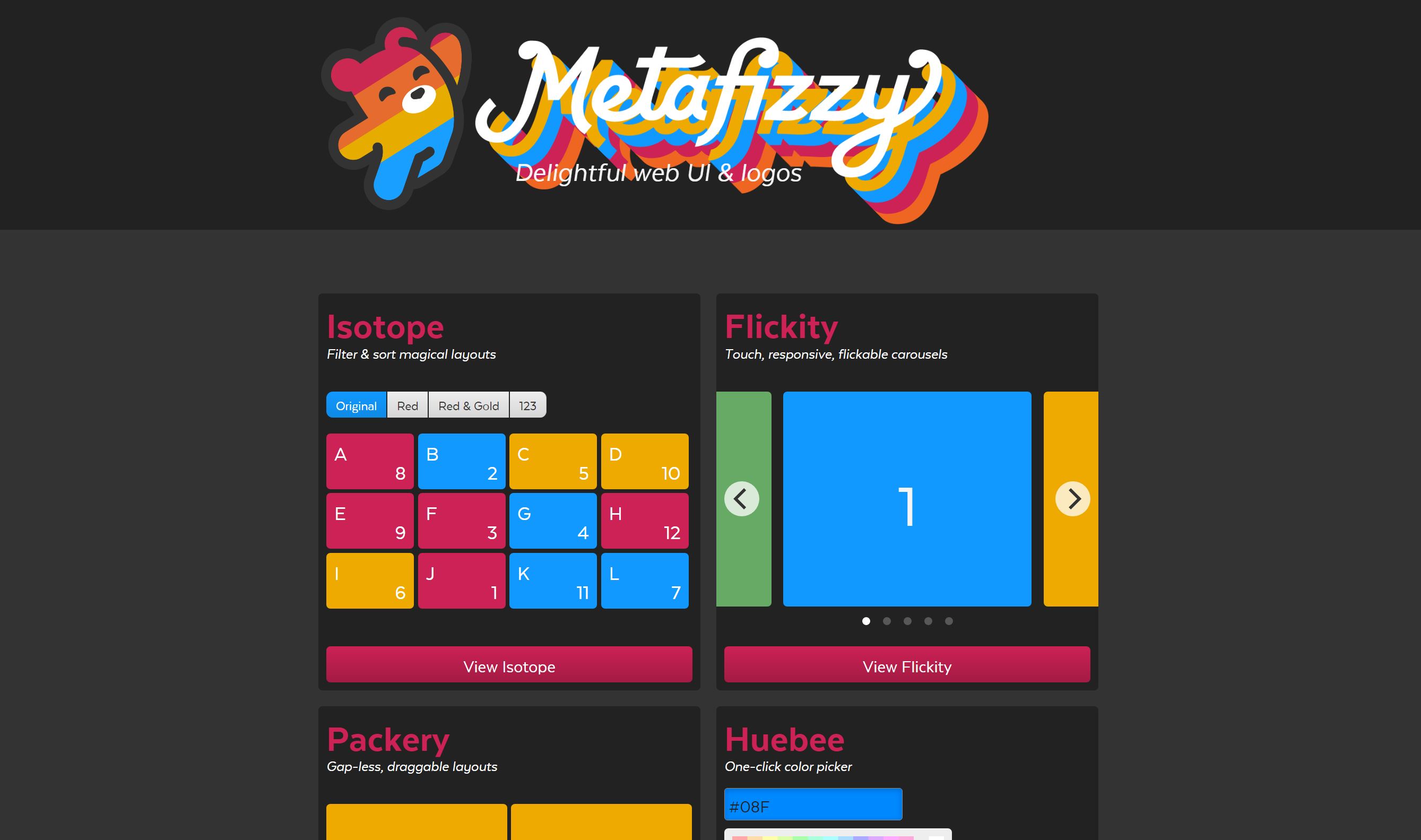 WHEN
April 13, 2018 10:48 PM
WHERE
stories
ABOUT
Grids are seen to be one of the backbones of the web. It is a particular formula that is central around organization and easy on the brain to scan information quickly. Dave DeSandro, isn't just a frontend designer. Dave has designed a new standard and a grid the has taken over most of the web.
Get Ticket NOW

Dave DeSandro is the maker of Masonry, a CSS with JS grid that many use today. As the founder of Metafizzy, DeSandro creates Java Script libraries that assist in web design and development, making it easy to use a framework and build upon it. Between carousels and drag-able layouts, the work at Metafizzy sets the tone for new frontiers in design. But the Java Script king's story was not an easy one and his humble beginnings are an inspiration to many young creatives trying to break out.

"After graduating college, I landed a nondescript office job, trapping myself in a cubicle. I worked on web design as a hobby, but didn’t think of it as a career. During one particular low point, I missed a job opportunity and my car died in the same week. Barring a breakdown, I resolved to change careers and become a designer. With that focus in purpose, things starting falling into place. I went to night school, built up my portfolio, and created interesting projects. I got an internship at a big agency and then finally secured a full-time job at a smaller web design agency."

DeSandro continues by explaining his first "real web design job" was with a small agency in Washington DC called Nclud. Ran by young Martin Ringlein and Alex Girón the three of them were on the forefront of agency entrepreneurship. They valued community engagement and employees’ individual development. They were also a huge inspiration for DeSandro, "They helped foster me as a designer, because they knew it would lead back to the company. They gave me their blessing to start my own little business, Metafizzy. I’m still thankful for their inspiration and career nurturing".

The big agency (not named) was scored soon after but the stars continued to dis-align. "I worked at a big tech company. It had everything: great pay, great benefits, smart people, free lunch, comfy lifestyle. But I had zero agency. All the work I’d perform would never see the light of day. It made me miserable to the point where I said goodbye to all the comforts and started working on Metafizzy full-time."

DeSandro focused on the utility within design creating small moments that others could build with. Many caught onto that. When he created a JavaScript layout library called Masonry he had planned it would be another small part of his portfolio. "But around 2011, curated image galleries like Pinterest took off. Masonry became the look for these sites. To this day, I’m still the guy who made Masonry". But the criterion to quit his day job was based on income, "I need to be able to support my family", and he didn’t start working on Metafizzy full-time until he felt comfortable that the business was bringing in enough revenue.

The popularity of this script was long lived and he had regular downloads daily. He created commercial licensing for the script and fostered a network of Q and A for those developers that were interested in expanding it. He also marketed on Forums and social networks taking a surprise interest in building his network with Instagram. "After being a die-hard Twitter fan, I recently started posting to Instagram. I’ve been impressed with the positive response so far. But I’m not cut out for Snap Chat because I was born during the Reagan administration", said DeSandro.

Isotope, Flickity and Packery scripts were next offering designers ways to install and grow a human approach to "flicking" through carousels and dragging layouts within containers. As one of his most passionate projects, Flickity is one of his favorites, "Even with all the carousels out there, I knew I could create something better. It uses physics-based animation so the drag interactions feel intuitive. Recently, I saw a designer tweet out “What carousel should I use?” People overwhelmingly responded with Flickity. That was a proud moment" - DeSandro.

Today, Dave DeSandro is focusing much of his attention to Logo Pizza, a project that focuses on single and short use logo designs. Once a person purchases the logo, they get the vector image, license and the price goes up. "Man, I love logos. A little piece of imagery that represents the ideal you want your project to be". DeSandro continued by saying that rather than waiting for projects to come his way, he put myself to work and designed 50 and users from all over the world can purchase them. Taking to the mass market and being open to the idea that logos can represent multiple stories and can be tailored to fit your projects needs is something new.

The creation of independent tools that others can model. When we asked how he made the daring break from his comfortable career path, he smiled, "Just try it out first. Take on a side job and see how it feels. I started Metafizzy in a similar light, just as a side-project. I kept it going as a side-project for four years before finally taking the plunge and making it my main gig."

Dave DeSandro's advice for keeping up with the trends:

"Keep doing what you’re doing, especially if what you’re doing is not popular. When I was starting out, there was no distinct audience for the stuff I was interested in (artsy web demos and UI tools). I should have been a curating a web design gallery or crafting bespoke blog posts piqued with DSLR-shot photos. But the galleries are all gone, the blog scene faded out, and now artsy web demos are coming to pass. Following my interests has enabled me to ride out on top of these waves, rather than trying to swim hard to catch them".