Haraldur Thorleifsson, The Man Behind UENO 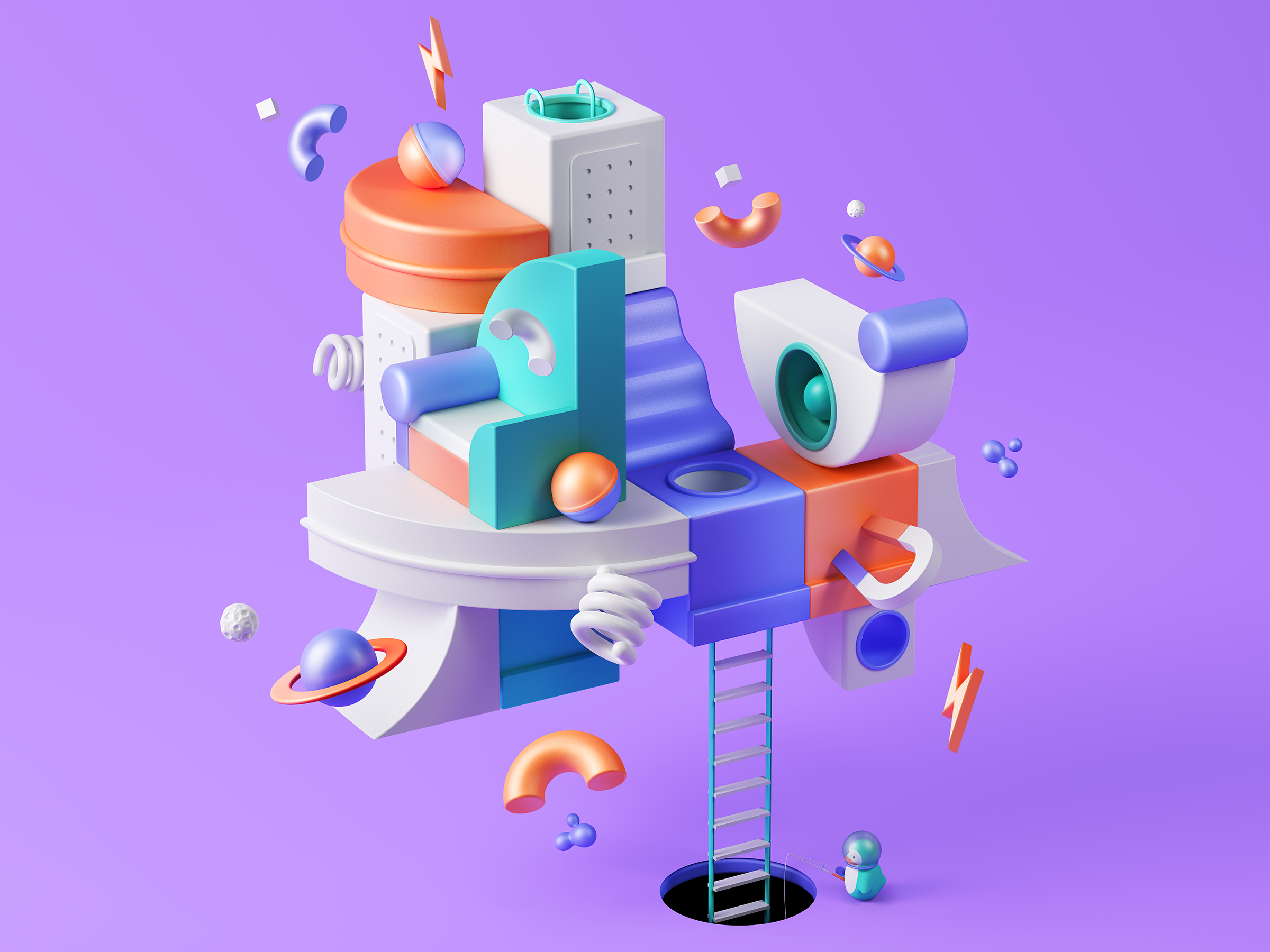 WHEN
April 13, 2018 10:48 PM
WHERE
stories
ABOUT
Mastering the freelance network and providing playful and colorful sites are an understatement. Thorleifsson and UENO are changing the game as they take company visions and make them tangible as ever to end users.
Get Ticket NOW

The ability to contract is a skill. Mastering negotiating takes years of practice. Client deals, persuasions and closings are all something that one must continue to balance practicing their trade with growing a business. Haraldur Thorleifsson, has been growing this skill set all of his life. Negotiations and building a network matched with user focused design has been the foundation UENO was built upon.

On the other side of the phone, I can hear the brush of his beard and the North Germanic accent. He speaks with conviction as he describes his early beginnings. Thorleifsson studied Finance in college and like many of us was unsure of the professional avenue that was set before him. Taking a web design class as an elective seem to be simply an credential filler, but it was the start of a career in design, business and transforming brands forever. Thorleifsson’s personal site introduced him to HTML and CSS and quickly turned to Flash to play with animations, transitions; turning small stories into dynamic presentations. “Web was a hobby for me. At the time I was going to school and studied Finance and Philosophy. Towards the end I was interested in engineering and architecture. I never saw web as a career choice really until I started freelancing” – Thorleifsson.

As a freelancer, Haraldur was able to pay his way through school, allowing him to work anywhere on and off campus. It was a natural fit for him to continue this work once he graduated. Moving to and from New York and Iceland, Thorleifsson connected with an ex-employee that was creating a small agency, Upperquad. “At one time I was working 50 hours freelancing for 2 – 3 back in New York. They were able to attract big names. Google being one of them”.

“Lets start from the Beginning" - I say.

Thorleifsson collaborated with Upperquad, producing work for Google’s newest product, a social platform called Google+. You can see the immense amount of text, icons, and graphics that were funneled down into a concentric layout within one of the many landing pages produced. Haraldur’s profile describes the project as “…a need for a central place filled to the brim with information about the service so unregistered users (there are still a few) and registered users looking for more information about how they can fully utilize the possibilities of Google+”.

Going back to Iceland for 6 years allowed him to pursue this passion while expanding his techniques into continued sophisticated deliverables. During this time his efforts allowed him to continue to partner with Upperquad to build other Google projects with similar challenges and needs. The density of material with the More Than a Map (Morethanamap.com), Santa Tracker and Google Drive landing pages, custom icons and graphics challenged Thorleifsson in a way that allowed him to see evidence that his design style worked. It was at this time both the portfolio confidence and the freelance network built over the years made it easy to open up shop. His design shop called UENO.

“Aside from all the actual work that needed to be done I knew I also needed to get better at managing my personal marketing. To do that I started with two things. One was to make a decent portfolio. And two, I decided to build up a professional social media presence, something I had deliberately not done in the past since I thought it was a bit silly” Thorleifsson speaks about this number one marketing trick, building an audience on Dribbble.com on his post on Medium , stating that he owes his claim to fame from his fan’s comments and “heart” clicks.

It was after he posted his first shot of a Google-Project, he acquired over 350 followers, “By the end of year 2012 I had about 1600 followers, which was a big improvement from earlier in the year. But even so, I still ranked #660 of all the people on the network. That meant that if someone searched for a designer, they would see #559 designers before they found me. (it’s worth noting that you can also search by skill type and geography which would narrow your search but in the interest of keeping this relatively simple lets just stick to the overall results.) As a New Years resolution I set a goal for myself to get from 1600 followers to 5k in year”. Thorleifsson continued in conceptualizing a strategy to keep his audience interested by setting goals to post continuously, tracking the feedback and number of followers and likes. Neither an obsession or a tick, Thorleifsson's focus on building a reputation that highlighted his style was something that many of the greatest designers of our time had done in the past (look back to Robert Moses, NY architect different business cards). Connecting with other designers, seeing the latest trends; this what Dribbble was founded for and Thorleifsson was leading the way.

Growing a Network of Talent

In addition to marketing, Dribbble was also Thorleifsson's place to connect and build his talent network. “At the time, UENO was mainly hiring other Freelancers. In the beginning I used the friends I made in the past years to cultivate a network of talent”. Thorleifsson focused on acquiring his talent network remotely and supplied himself with contacts that were specialized in particular qualities. In doing so, Haraldur positioned himself as a duel-designer, one that created and one that acted as an account manager fostering communication techniques and inspiration that transpired others to work with him. It was obvious that as he grew his network, he brought the best out of people, pushing their limits to design and develop work that also pushed the boundaries in terms of technological limits, browser capacities and clean ways present client material. Thorleifsson, still fosters a demand for structured and simplistic solutions. He has said that he still dabbles in client projects as he grows UENO.

Thorleifsson seems positive with the 2 year growth. Growing from 1 to 40 is evidence in a demand for modern, creative and user centric design. Focusing on the modern business, the everyday objects and bright colors, one can see this professional persona in all of their landing pages, mobile apps, print designs and logos & icons. As one travels down the agency’s portfolio one can understand the magnitude of stylizing a product and easing users through this product’s features. Their use of whitespace harnesses a sense of mystery, while providing a hint of animation to help nudge the viewer along. Fonts and mockups are seamlessly intertwined and provide for a reading and viewing experience that is timeless

UENO is currently going through a new brand overhaul and effectively getting used to its grown-up face-lift. The new brand marks a change in era for the company. Now, working with the largest companies in world, which would create any inner discomfort or other entrepreneurs, Thorleifsson is just excited, and confident in his team. The branding offers multiple takes on still life and takes and plays with everyday projects. Touching on the pastel pallet, their colors are a complement to the objects that are featured in all of their wallpapers (download through their Dribbble), their business cards and their print ads. The color choices continue to be always prevalent, something that the team have now well defined as a trend for 2017.

UENO produced less than one minute videos of staff, managers and designers taunting the social network, Instagram in fun and choreographed, silent short ads. They represent, in their UENO style, a non-mockery of studio life, sharing those issues that all agencies face everyday. The new branding and the videos tell us that Haraldur Thorleifsson can be hypothetical, fun and quirky.

When asked, “What’s next?”, there is a pause on the other end and he softly speaks that he’s most excited for the browsers. “I am excited for the evolution of the browsing power so that users can best access the best of what UENO has to offer and we can continue to push the envelope”. Touching on the pastel pallet, their colors are a complement to the objects that are featured in all of their branding, their business cards and their print ads.  The color choices continue to be always prevalent, something that the team have now well defined as a trend for 2017 to 18.