Kevin Yang takes us Through his Brewskies Project 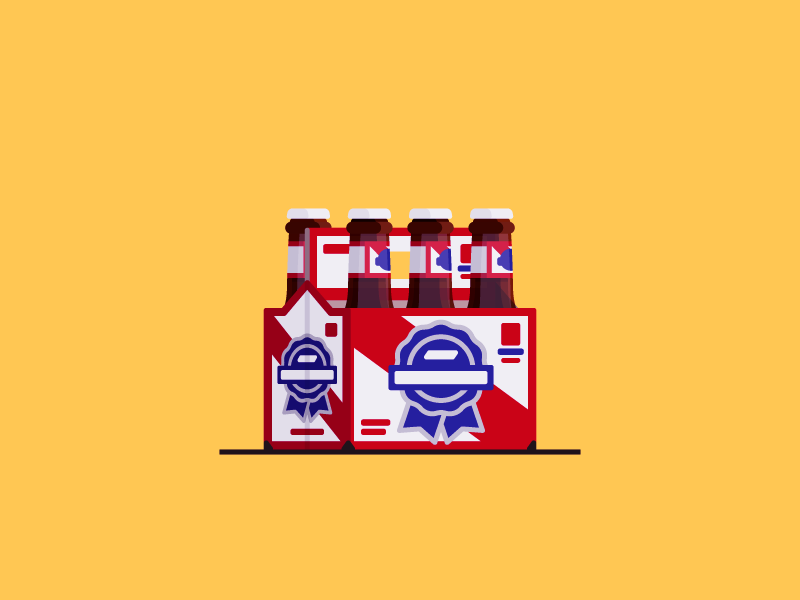 WHEN
April 13, 2018 10:48 PM
WHERE
projects
ABOUT
Breakout moments happen in all different sizes and shapes. They happen in the midst of your day, when you may think of that one way of doing something different and decide to pursue it.
Get Ticket NOW

For Kevin Yang, his breakout moment, like many designers,started in a scale that was personal to him. From there he grew his career tofocusing on other personal things that matter to others; the everyday things."I remember how excited I was to have finally gotten on Dribbble. I’d sayafter a year on Dribbble I was beginning to really connect with the communityon there and as a result started to get traction."

"Rememberwhen forums were a thing? Back then folks had rectangular graphics underneaththeir posts commonly referred to as “signatures”. Well I made hundreds of themduring middle school. Way back before I had any formal design training. I wasjust a kid who was messing around in Photoshop and Illustrator. I guess notmuch has changed since then." - Kevin.

Workingat a brand designer at Digital Ocean during the day he collaborates with theteam on identity and direction (since then Yang has moved on to Riot Games). Refocusing the users eyes on particular momentsis something he is shines at. That’s why his project Brewski.es is anotherpersonal identifier for many people. "The Beer Project started with a sixpack of Dos Equis and some time to spare. Shortly after, a few of my friendspushed me to turn this into a series. Since then, I've tried to knock out oneof these illustrations — along with its respective six pack each week. Thisseries originally lived on Dribbble but I've decided that it might be time forthis project to live on its own on its Brewski.es domain". And it has eversince, become a sensation that seems to put smiles on users eyes. Through itssimplicity it has a more definitive approach to critical humor. The seriesoffers a gallant way to showcase the term "flat" design whileoffering subjective knowledge to relate which icon fits what brew type.

Sittingdown with Kevin we talk about how he spends his days, "I spend most of theday just trying not to set things on fire. When I’m not doing that I typicallydo a mix of illustration and web design. When I get home I usually focus on mypersonal projects or freelance depending on how badly I’ve managed my timehaha." Learning about Yang instills a sense of humbleness, and his storystill seems to be a mystery. Taking us through his side project, Brewskies andmore we learn that design for Yang is a lifestyle.

What does it mean to be a creative leader?

Thecreative leaders I respect the most are the ones who give back to the designcommunity. I think it’s very easy to develop an ego once you become a leader.The best creative leaders stay grounded and build other creatives up as opposedto tearing them down.

What is your greatest argument (fight) regardingdesign - was this at work?

Mygirlfriend and I have different views on design thinking and design process. Icome from a very analytical background whereas she comes from a fine artbackground. If I was to boil it all down, I would say that I typically try tobe as creative as possible within the constraints whereas she questions theconstraints a bit more and often tries to redefine them. (How did you solveit?)  I’ll let you know when I do :D.

With the advent of publishing platforms and socialmedia, what is your go to for sharing?

Itypically use Dribbble, Behance, and Instagram for sharing work.

What other creatives do you look up too, who is yourmotivational creative influence?

Younger creatives struggle with choosing freelancingand or getting a part time gig at an agency? What is your take?

Chasethe work that you want to do. For some that means freelancing, for others thatmeans going the agency route. Don’t worry about the gig, focus on the work thatyou will ultimately be doing at the gig.

What particular world issue if you could, with all themoney in the world want to try to solve? And How?

Thisis a tough question because many of the problems that I feel like need to besolved cannot be solved with all the money in the world, most of them startwith people finding the will to change. A problem that definitely can be solvedwith all the money in the world is education. I’ve been very fortunate to havevery good teachers, and I think it’s totally possible for everyone to have aneducation that will help them achieve their dreams in life. All we have to dois properly incentivize teachers. I think education is an unbelievably harddesign problem, and our best and brightest designers typically focus theirattention elsewhere simply because the incentive isn’t always there — andthat’s a shame.

What is your take home advice?

Asan upcoming creative myself, I might not be the best person to answer this!Someone a while ago told me that anyone can learn from someone who is betterthan them. What’s much more rare is a person who is able to learn from thosewho aren’t as good as they are. I think that comes from just staying humble,hungry, and curious.